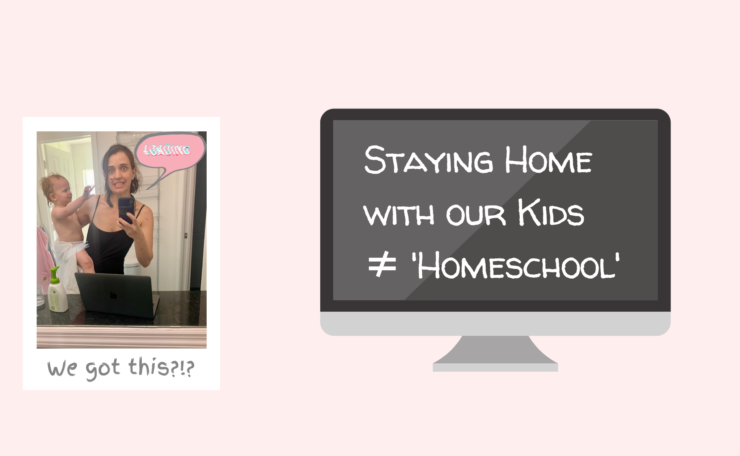 dremilycelebrates Leave a Comment on Does Staying Home with my Kids = ‘Homeschool’ Now?

NO. This shit is impossible.

Turns out- working from home full time while simultaneously parenting 3 young children home (with an unsupportive partner) sucks. It is NOT normal to raise young children in isolation.

One of the things I’ve been struck by as I’ve virtually watched my friends and colleagues parent via social media is that it appears that many parents are exerting significant effort to ‘teach’ their kids at home.  I think the only way to change this is from within.

I think our collective energy might be put to better use elsewhere. It would be a good idea for most of us to try ‘teaching’ less and focus on ‘being’ more.

I am a person who has often been called out for being ‘too much’- so I have been trying to maintain a practice of conscious time management that runs on action research and a ton of caffeine. I suddenly understand why I’ve been called ‘too much’ or ‘extra’. I switched roles.

Until recently, I, unconsciously, jumped aboard the train to the cognitive hamster wheel of insecurity that exists in every mama’s mind most days. It isn’t helpful.

After careful consideration, I think lots of people who are parents (especially those of us born 1980 something?) that I know, love, & respect are feeling the impulse to be ‘extra’ because we are seeking relief from the deeply broken child care system that sometimes fosters parent-shaming and harsh judgement. The label lacks a meaningful metric for assessment. When is ‘it’ ‘too much’? Why assume that overabundance to be detrimental? I think that ‘too much’ is just a thinly veiled way that blame and shame gets projected an accountability shunned. A vague complaint like someone ‘being too much’ is never going to be a joyful spark that inspires growth- the opposite is true.  In these uncertain times, I wish specific, sensitive feedback should only be offered with enthusiastic consent.
I  wondered what I was observing and experiencing that jarred me so far outside of the whole, present human I strive to be.

A part of my soul that still exists (remotely) in the southern, Christian culture of Marietta, GA, where I grew up mutters ‘oh, bless their hearts’ in pseudo empathy.

We need to trust the instincts in the DNA that got us here. Grown-ish people have been raising babies for millennia. I fear that the bizarre onset of isolation, compartmentalization, and insecurity has fully knocked the sliver of confidence and competence that ‘the parents of today’ (which almost exclusively used as a pejorative, btw) to which many of us were clinging.

Small children are remarkable absorbent learners. Developing minds are pretty literal learning machines. They will keep learning, even if we ‘try’ less.

Now, when I notice that I’m passing what feels like  judgement on someone- I take that as a cue to look at myself and explore that pattern.  I’m trying to practice experiencing it- whatever ‘it’ is- with a bit more resilience and reflection.

I’m not too much.

You totally got this*.

*I’m assuming based upon the fact that you are reading this that you are a nurturing caretaker supporting other humans during a global disaster)  You read this far.

You are taking action steps to explore the solutions and supports available to you. It is a significant step by seeking  the development your understanding and ability to caretake, communicate, and connect with the children born in the years preceding the pandemic.

If you don’t feel like ‘you’ve got this’- that is likely the first step in becoming able to rise to challenging occasions.

🚨Do not ignore consistent self-doubt🚨!

Support is available and insecurity will cripple us sometimes quickly- sometimes slowly. It can yield a self fulfilling and disastrous outcome. Take some time to wonder about the origins of the patterns you find yourself repeating (Dr. Shafli’s The Radical Awakening is a recent read that blew my mind and I highly recommend it if you are ready to strive for a more conscious and authentic approach to living).

We (parents) need to  challenge the unconsciously assimilated belief that any one of us lacks the ability to ‘parent’ or ‘teach’. You have been developing the ability to learn and communicate since you were in utero.  Show yourself a little grace, know your intrinsic worth- and recognize the epic challenge we are facing.

Many of us with young children today are sometimes able to  empathetically understand the ‘irrational’ logic and ‘erratic’ behavior as expressions of an unmet need. Of course, when we are less than optimized (which- for me- feels like always) we might need to consciously connect with our parenting priorities. Lately, that usually  looks like taking a few extra beats to breath and attempt to be responsive rather than reactive.

Shenanigous beliefs held while I was growing up (not so long ago) like:
“Sticks and stones will break my bones but words will never hurt me!”

“If at first you don’t succeed, try and try again”

have finally faded for many caregivers. Advances in brain imaging and other data collection tools have made it clear that messaging in mantras like these correlate with a variety of disempowered negative outcomes. Properly motivated and informed, I believe can expedite the shift away from such insensitive and inappropriate advice.

I strive to understanding my self and the people closest to me as worthy, sensitive, and social creatures who want the best for the next generation. I constantly remind myself:

“Children behave as well as they can.”

I am so grateful that I joined the tribe of parenthood as ‘respectful’ and ‘conscious’ parenting approaches were gaining in popularity. Paired with my decade of work in early childhood education and my multiple advanced degrees in child development… I have been able to feel relatively confident as a mother…up until recently.  By relatively- I mean that the

I’ve been on a pretty intense (er- compulsive?) self care journey in the past year (few years- I should be fully truthful and authentic in order to honor Brene Brown’s formative influence on the necessary mind shift that allowed me to keep my sanity largely intact during this quarantined pandemonium.
Glennon Doyle addressed the issue of I don’t know if you got the memo- but


There are lots of things I am struggling with these days- but as your friendly mom friend/early childhood expert- allow me to assure you that ‘creating lesson plans’ or ‘preparing my kindergartner for first grade’ isn’t even a blip on my radar.

Those kids are learning PLENTY. While children typically go through phases in which they challenge their parent by ‘disobeying’ them…they are ALWAYS watching and absorbing who you are and how you interact with the world you share with your child.

As I scroll through the photos I’ve captured in the last few weeks- I’m reflecting upon how this is now what many folks are calling ‘Homeschool’. But this sort of thing was normal for us even before the pandemic…. We added a visual schedule and a morning meeting to our routine- but that was mainly so that I could build in (relatively) predictable periods of independent play so I can get work done. This is hard for us- and I’ve got all sorts of reasons to count my blessings
We very much miss them going to their school, where they developed relationships and explored learning (and I had several hours a day when I only had one baby to look after instead of all three of them). BUT I’ve always known that I’m their primary teacher- primary caregivers teach children about how their world works…since the beginning of time.

I KNOW it doesn’t feel like it for many folks- but you are the world’s leading expert in your kid! You can totally be their ‘teacher’ because you already were.

This is different and the curricular content for most of 2020 is likely going to shift drastically.

Plans changed and flexibility matters, and this year’s learning experience is far from the one designed by the brilliant educators who typically supported your kiddo’s learning. That isn’t all bad news.

My 💔  to see my fellow elder millennial really struggling to know what to do with their little kids at home.

You have been their BFF, party planner, medical concierge, therapist, and sustainer of life since you became the moment you identified as their grown up.

This IS hard AND I’m almost certain that most of the parents who are being intentional and trying are probably entirely capable of doing a great job parenting- even in a global pandemic.

Your kid is still gonna scream or sulk or whatever- and they will push boundaries and you will feel like you are failing, sometimes (but that is all pretty familiar too, right?).

If you are looking for ideas- scroll through your old photos with your kids and y’all about which experiences and moments were the most treasured (by each member of your family) and why. Then do more stuff like that. PM me on FB if you for real are struggling and have some questions or want some support managing your littles. 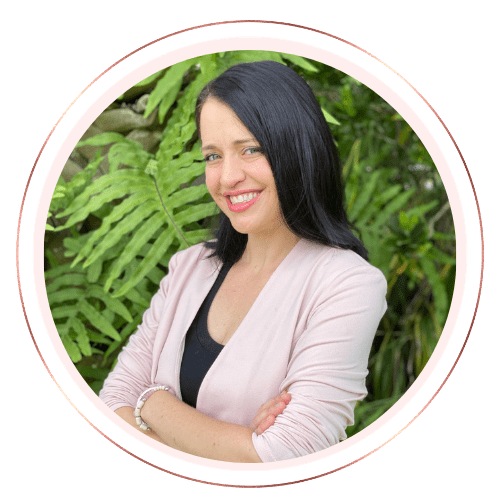 Dr. Emily Aronoff is dedicated to fostering Jewish identity, learning, and community by increasing and improving the ways parents, schools, and synagogues engage and educate children in the celebration of joyful Judaism.

Elevate & Celebrate With Me?